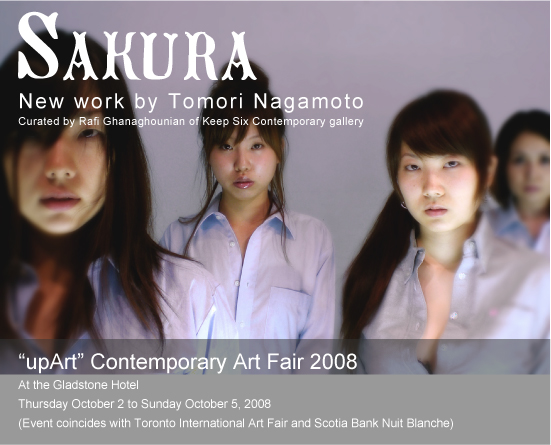 Several views of Japan have been express through artists both from Japan to those outside of Japan. Artists Tomori Nagamoto is no exception. However Nagamoto has taken it further in his latest installation/performance.

This new work by Nagamoto represents the expectations and misconceptions of visitors’ perceptions of their experiences in and of Japan. One main taboo that sticks out to most outsiders is the obsession with Japanese schoolgirls and the other being the lack of individual space. It’s always crowded and girls seem to be in uniform after school and through the night.

To recreate the feeling of crowdedness and the uncomfortable presence of under-age schoolgirls staring provocatively into your eyes, we have invited twelve Japanese women to represent the schoolgirls. In full uniform, these girls will be standing motionless exactly twelve inches apart. They will perform synchronized moves throughout the performance. The audience is invited to walk through the grid of girls. At any given moment the girls will instantly text each other for sixty seconds. At that point, beeps and lights from the phones will be all that’s seen and heard.

As people bump up against the girls (because of lack of space), the girls will respond one in two ways:

1: disapproving grunts: groping in Japan is a huge problem

2: the girl will giggle in an inviting manner as to receive attention from a prospective client

Are they inviting you to play or accusing you of lecherous thoughts?
Come in and find out!

Introductory essays from an exhibition catalogue:
The Legend of Sakura by Yusuke Tanaka
Beauty and Vulnerability by Kikuko Hirayama 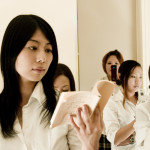 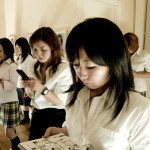 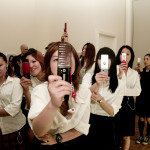 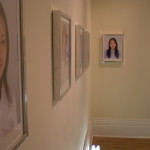 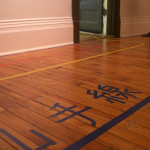 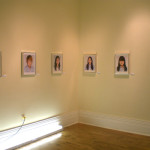 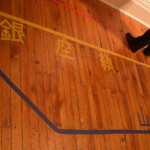 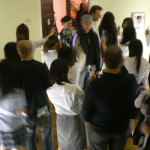 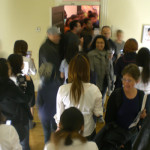 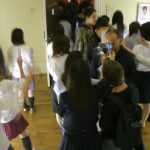 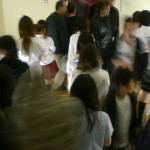 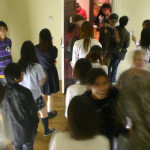 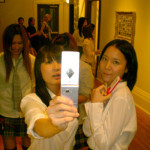 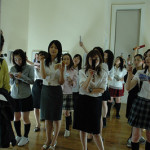 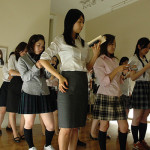 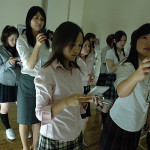 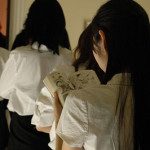 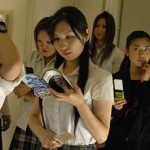 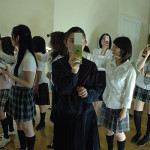 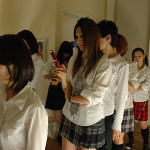 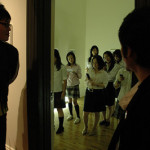 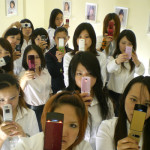